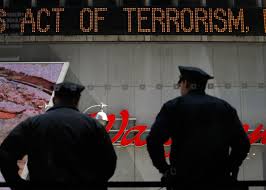 London, Feb 2 (AP) Britain needs a US-style national security adviser to report to Prime Minister Gordon Brown on terrorist threats, a committee of lawmakers said today in a report that made unusually sharp criticisms of the country’s approach to security.

Parliament’s Home Affairs select committee said Britain’s government had been too slow to adapt to an evolving threat from terrorism and complained that key strategic decisions are often made in informal meetings, rather than by a publicly accountable security panel.

The committee, led by governing Labour Party lawmaker Keith Vaz — a former minister, urged Brown to overturn a ban on the use of intercepted evidence and called for a house arrest-type regime used against some terrorism suspects to be abandoned.

It criticized how Britain’s counter-terrorism apparatus is structured, saying a confusing number of government committees and departments are responsible for making decisions — often with little public oversight.