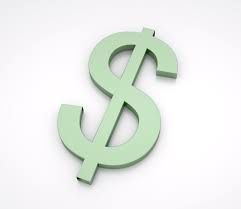 Investors were expecting a weak sterling to revive the country’s exports, but those expectations failed to materialise Larry Hatheway from UBS is very bearish on sterling, expecting the currency to fetch $1.3500 by the end of the year. That’s almost a 7% decrease on the current price of $1.4500. At its first cabinet meeting on Thursday, the new government pledged to accelerate deficit reduction. It has vowed to implement spending cuts worth 6 billion pounds this year, but details remain vague.

“There are problems in the euro zone and the fiscal restraints will hurt growth, and the UK will need to do the same,” said Geoffrey Yu, currency strategist at UBS.

Author adminPosted on August 6, 2013February 5, 2016
We would all like to enjoy our gardens all year round. Unfortunately, the erratic British weather means that we rarely can. A conservatory has...
Read More

What are the Different Kinds of Weighing Machines?

Author adminPosted on January 4, 2013February 5, 2016
The accurate and expedient weighing of products is extremely important. Product that is packed into inaccurate weights could be misleading to the consumer,...
Read More

What Are The Benefits Of Label Translation?

Author adminPosted on November 28, 2012February 5, 2016
An automatic weighing machine integrated into a complete production line can increase efficiency and productivity at a plant. Often combining different technologies from...
Read More